On August 25, the Modi government in Delhi released census data on population by religion. The same day, in Lupungpi village in Jharkhand's West Singhbhum district, Rega Gagrai and her family spent their first day under a social boycott imposed on them because they had converted to Christianity.

The previous Monday, hundreds of Ho tribal villagers from five villages had gathered in Lupungpi. The community leaders, the manki-munda, sat at the centre of the village on red plastic chairs surrounded by fields of paddy. They asked Rega Gagrai and 14 other families that had converted to Christianity about five years ago to return to their original animistic religion called Sarna, or face a social boycott.
In Singhbhum's forest villages, Ho tribal villagers collect wood and grass from shared forest patches and pastures, and grow paddy on small plots of land. The families were told they would be blocked from accessing all resources in the village if they did not give up Christianity. “They told us we could no longer take grass from the pastures, or even walk on the common lands,” recounted Gagrai. “'Stop using the water from the pond,' they said.”
All villagers were ordered to stop talking to the Christian families.
Religious conversions have long been an issue of contention in the state, but the conflicts have been mostly limited mostly to the Chotanagpur region in Jharkhand's west, which first came in contact with Christian missionaries. The German Protestant mission arrived here in 1845, followed by the Catholics.
In contrast, the mineral-rich Kolhan region in the South, which borders Odisha, has been largely free of religious tensions. West Singhbhum district, which is part of the Kolhan region, has often been in the news on account of the Maoist insurgency. But as the recent social boycotts showed, the conflict over conversions has arrived here as well.
Sarna resurgence
Under the British, “Tribal religion”, or animism, was counted as a distinct religion in the census till 1941. The practice was discontinued in Independent India. This has been a source of anger among Jharkhand’s adivasis. They believe the removal of this category undermines tribal identity.
The week when the social boycott was enforced in Lupungpi village, about 130 kilometres away, in Jharkhand's capital Ranchi, the release of the census data on religion triggered a renewed demand for the recognition of Sarna, the worship of ancestors and nature.
According to the new census, of Jharkhand's 3.2 crore population, 67.8% or 2.2 crore are Hindu and 4.3% or 14.1 lakh are Christian. “Other religions”, which Sarna leaders say is approximate of the Sarna population, constitute 12.8% or 42.3 lakh.
Dharamguru Bandhan Tigga, who claims to lead 25 Sarna religious organisations, accompanied by Dr Karma Oraon, an anthropologist at Ranchi University, compared this to the population of Jains in India, which is about 45 lakh. If Jains get enumerated as a separate religion, why should Sarna not be recognised as a minority religion with all the attendant benefits, he asked. Tigga has announced that he will lead a protest rally of Sarna tribals from all over India at Delhi's Ramlila grounds in November next year.
The tribal intellectuals take a different view of the religious census data. Following the release of the census numbers, they have raised the question of missing tribals. Tribals, numbering 86.4 lakh, make up 26.2% of Jharkhand's population. Together, the two categories of Christians at 14.1 lakh and “other religions”, which includes Sarna, at 42.3 lakh add up to 56.3 lakh. Where are the remaining 30 lakh tribals, they ask. Were tribals in interior villages not counted, and how many have been assimilated into Hinduism?
Spreading hostilities
Tribal leaders have spoken out against assimilation by Hinduism and have asked leaders of the ruling Bharatiya Jata Party to ensure that the census has a distinct listing for Sarna. They distinguish tribal religion from Hinduism by pointing to the absence of the caste system and idol worship. Yet, Hindus have been able to claim some common ground with Sarna because of the prevalence of nature worship in both the religions.
On the ground, it is Christian missionaries who are under attack for their real and perceived proselytising activities. The most visible manifestation of this was in 2013, when thousands of Sarna tribals marched to a new church on the outskirts of Ranchi. They threatened to remove the statue of Mary depicted in a white sari with red border with an infant in a sling. The indigenisation of Mary, they argued, was part of the Church’s attempts to convert local tribals.
A common perception is that despite their small numbers, Christian tribals have had better access to higher education and jobs. With economic disparities, the chasm between Sarna and Christian tribals has widened. 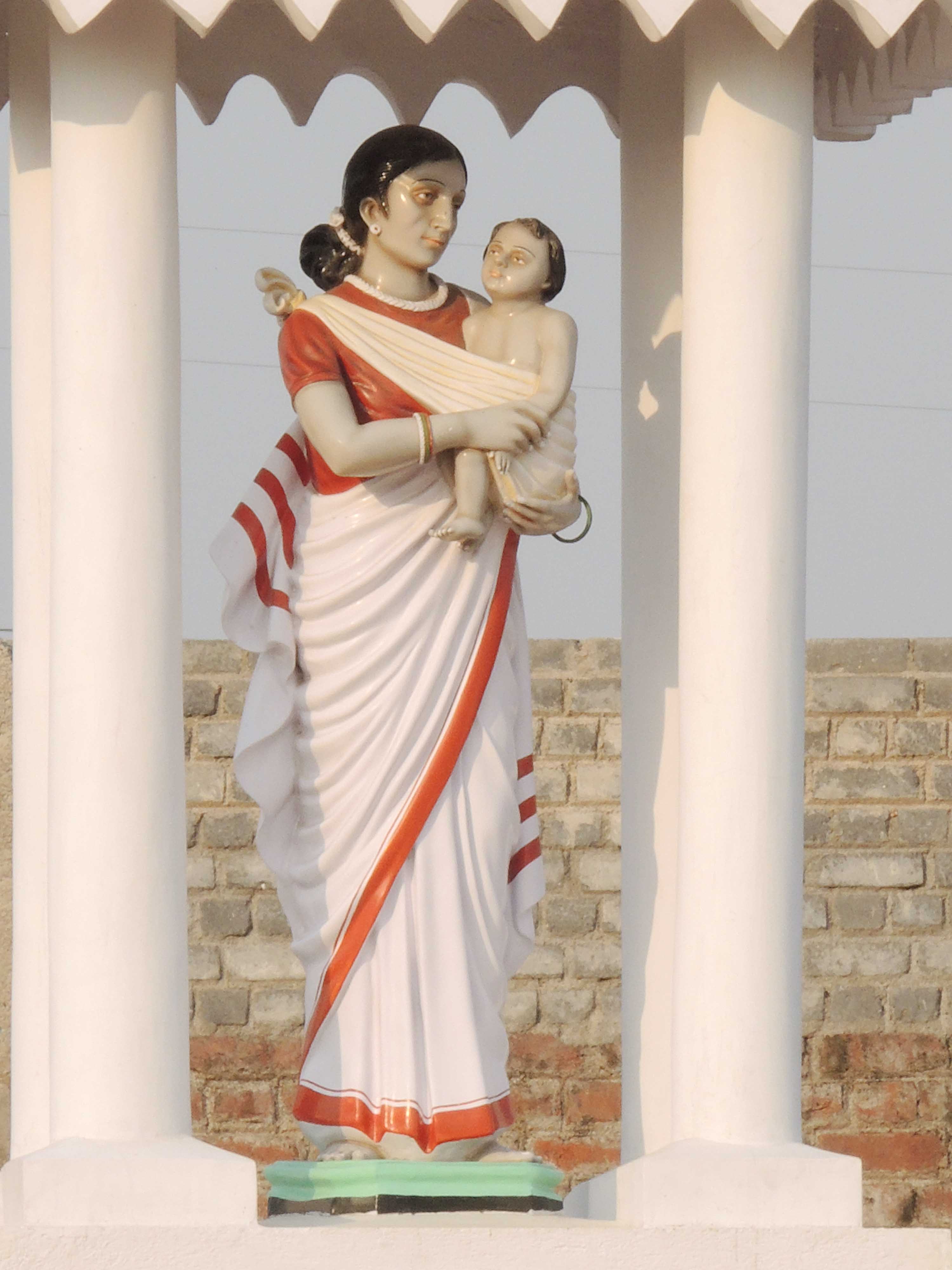 Thousands of Sarna tribals marched to Singpur church when a statue of "tribal Mary" was unveiled in 2013.

Divided families
Rega Gagrai said she had converted to Christianty five years ago, soon after a local pastor helped in her son’s medical treatment. Her son Jonga had epilepsy since he was seven. “He would fall down anywhere,” said Gagrai, recalling her struggle in getting treatment for her son. The closest primary health centre at Kumhardunga is 14 kilometres away. A private clinic opened recently but Gagrai's family cannot afford its treatment.
When the family heard that a pastor living in Dipasahi could help, they approached him. He took them to a doctor in Chaibasa, said Rega's son Jonga, in his late teens.
Illness and lack of access to health services was a common leitmotif in the stories of the Christian converts. Siri Devi, holding a few days' old infant in her arms, said her family converted to Christianity after her husband, a driver in Jodhapahad, remained ill for two years. The local pastor took him to a doctor. But Devi sees the recovery as the result of their new faith more than modern medicine. “After we started believing, my husband got better,” she said.
In Rega Gagrai's instance, the issue of conversions has divided the family. When hundreds of villagers came to Lupungpi for the community meeting in August, it was Rega's nephew Roshan, a first year BA student at Tata College in Chaibasa, who led the charge against his own family. “Roshan taunted his cousin Jonga in front of the entire village," said Subani Gagrai, whose family was among the converts facing the social boycott. "‘Pray, and let's see if your epilepsy is cured. What is the need for medicines,’ he said, attacking his family." 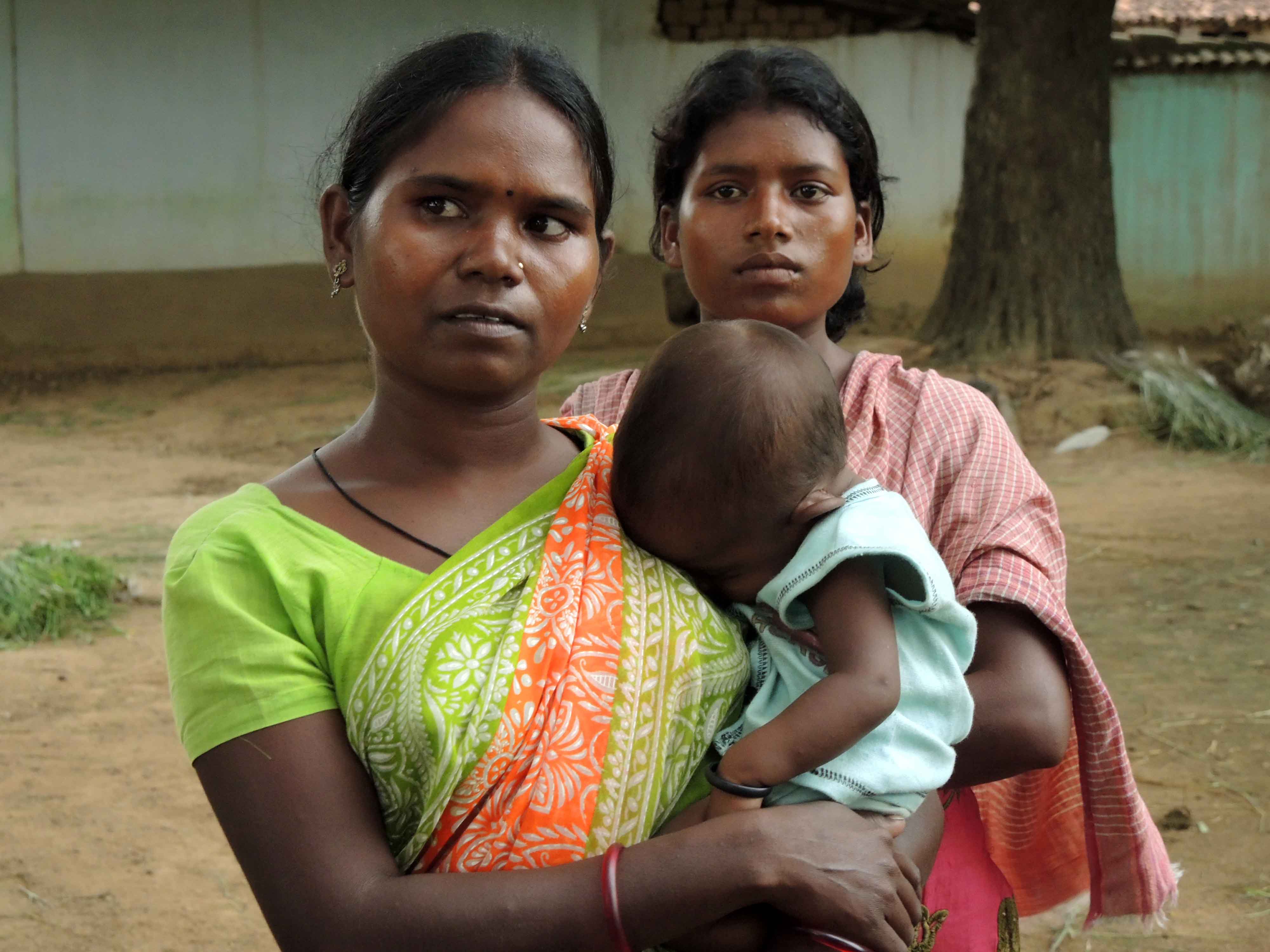 Curiously, the villagers were aware that several families had converted to Christianity but they enforced a boycott only several years later after the conversion. A leading role was played by the cadres of the Adivasi Ho Samaj Yuva Mahasabha, the youth wing of a political and cultural organisation of the Ho tribals. Active since 2007, the organisation boasts of cadres in three districts in the Kolhan region. In the census, 62% of West Singhbhum's 15 lakh population said they followed “Other Religions”, the highest among all regions in Jharkhand. The Mahasabha took credit for this saying it was a result of their work to raise tribal consciousness on Sarna religion. 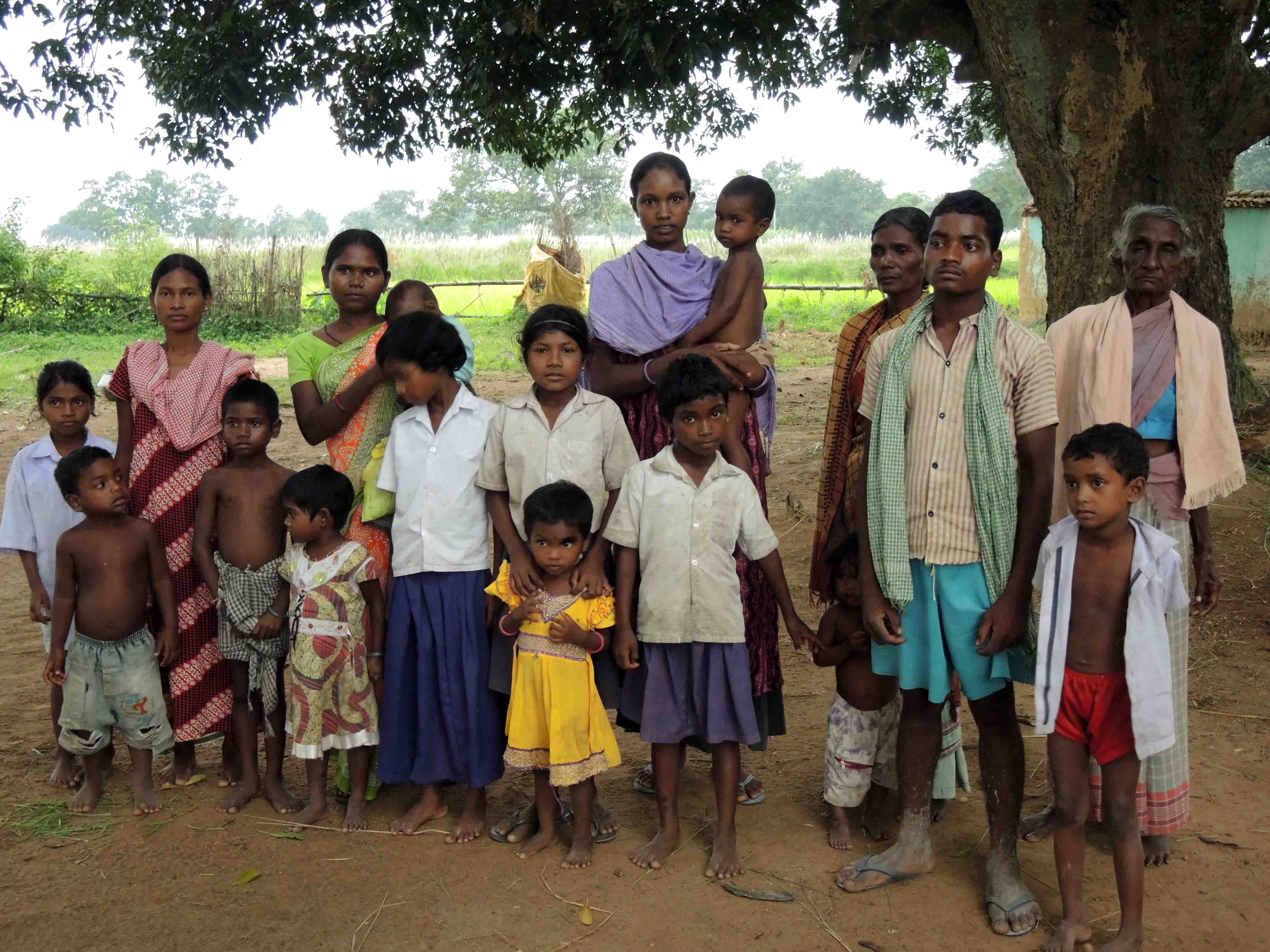 Families in Lupungpi that are unwilling to return to the Sarna religion continue to face social boycott.

Posted by Christian Persecution India at 2:14 AM